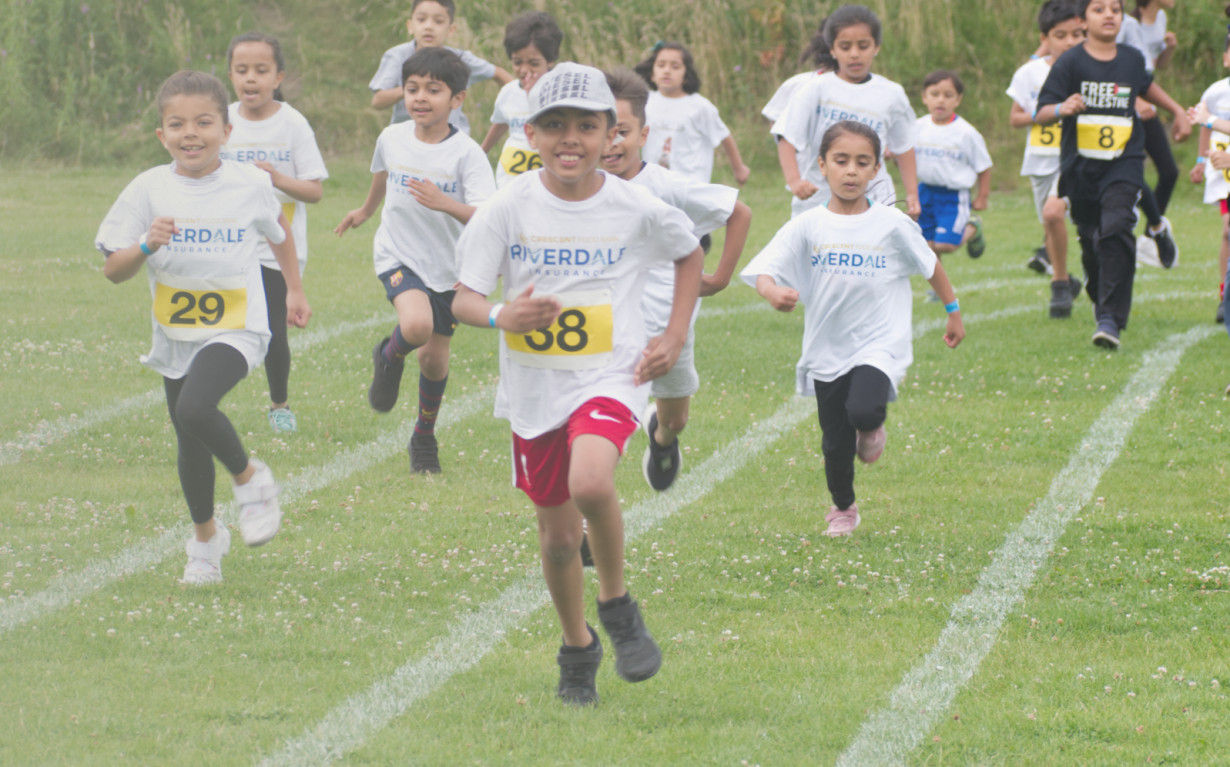 It is said empowered communities are the bedrock of society. Here at Crescent Food bank, we have witnessed what a great communal effort can look like when each individual is driven by the same passion as the other.

On 24th July 2021, Crescent Food bank partnered with The Forgotten People, a charity which seeks to reverse the effects of over half a century’s turmoil in Palestine, Riverside Insurance and Pikes Lane Community Club to host 95 children between the ages of 5-12 each to run 2km. Held at Quebec Playing Fields, Bolton – the grounds of Pikes Lane Community Club – it was a day filled with excitement as children could partake in activities such as sumo wrestling, face painting, penalty shoot-outs, bouncy castle shenanigans, a delicious bbq and the main showcase of an organised run on a circuit.

Ninety-five children between the ages of 5-12 each ran 2km and contributed to raising £38,090.90 in under a month with the help of over 770 donors. Our aim was to raise awareness and highlight the importance of working in the community for children. We were overwhelmed with the creativity, enthusiasm and ingenuity with which children trained, prepared and marketed their aims.

The reason behind this event was to raise funds to send to the aid of the Palestinian people. As we know Palestine and its inhabitants has been faced with a constant struggle for survival, and recently this struggle has increasingly intensified. While our mission is to benefit the people within Bolton and its wider areas it would be duplicitous of us to not stand up for our brothers and sisters across the world as they continue to face a constant crisis. It is for this reason we chose to partner with The Forgotten People who operate on a 100% donation policy where every penny raised goes entirely towards making a difference in the intended projects within Palestine.

We are overjoyed by the incredible effort of the children and their friends and family who have gone above and beyond to raise funds and donate such incredible amounts towards the cause. And it is with great pleasure here at CFB we can say that in total we raised £38,090.90 and that every single penny will be going to Palestine.

We would like to thank Divine Art Creationz for their generosity in feeding the mass public. We would also like to thank each of our partners mentioned above for their co-operation and generosity in sponsoring the event. We also want to thank those who took it upon themselves to provide their own services such as a refreshing lemonade stand. Lastly, we would like to extend our gratitude to our wonderful volunteers who sacrificed their weekends to help set up, organise and keep the event running smoothly ensuring a safe and fun environment.